At a time of increasing settler violence in the West Bank, the International Solidarity Movement is issuing an urgent call for volunteers to participate in the 2012 Olive Harvest Campaign at the invitation of Palestinian communities.

The olive tree is a national symbol for Palestinians. As thousands of olive trees have been bulldozed, uprooted and burned by Israeli settlers and the military – (over half a million olive and fruit trees have been destroyed since September 2000) – harvesting has become more than a source of livelihood; it has become a form of resistance.

The olive harvest is an annual affirmation of Palestinians’ historical, spiritual, and economic connection to their land, and a rejection of Israeli efforts to seize it. Despite efforts by Israeli settlers and soldiers to prevent them from accessing their land, Palestinian communities have remained steadfast in refusing to give up their olive harvest. 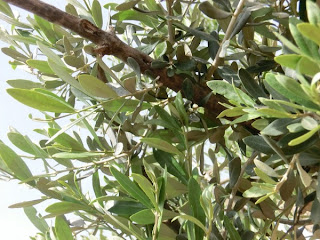 Palestinian and ISM volunteers join Palestinian farming communities each year to harvest olives, in areas where Palestinians face settler and military violence when working their land. Your presence can make a big difference. It has been proven in the past to deter the number and severity of attacks and harassment. The presence of activists can reduce the risk of extreme violence from Israeli settlers and the Israeli army and supports Palestinians’ assertion of their right to earn their livelihoods and be present on their lands. International solidarity activists engage in non-violent intervention and documentation and this practical support enables many families to pick their olives. In addition, The Olive Harvest Campaign also provides a wonderful opportunity to spend time with Palestinian families in their olive groves and homes.

The campaign will begin on the 8th of October and run until the 15th of November.  We request a minimum 2 week commitment from volunteers but stress that long-termers are needed as well.  We ask that volunteers start arriving in the first week of October, so that we will be prepared when the harvest begins.

Training
The ISM will be holding mandatory two day training sessions which will run weekly on Wednesdays and Thursdays. Please contact palreports@gmail.com for further information.

Ongoing campaigns
In addition to the olive harvest, there will also be other opportunities to participate in grass-roots, non-violent resistance in Palestine.
ISM maintains a constant presence in Hebron, where settler harassment and violence is a regular occurrence. Lately, Israeli army violence has escalated for Palestinians living in proximity to the illegal inner-city settlement. Israeli forces have used the Palestinian neighborhoods for military training and two videos surfaced lately of soldiers brutally assaulting a young man and a child. The annual demonstration for the opening of Shuhada street has also been brutally oppressed by Israeli military forces. Weekly, illegal Israeli settlers are brought on a tour of the Palestinian old city in Hebron, supported by the Israeli army. Every week, the Palestinians are put under curfew and shops are forced to close so that settlers can take a stroll. ISM maintains a presence on these tours for purposes of prevention and documentation, as Palestinians are often assaulted by the radical settlers.
ISM also has an apartment in Nablus from where we work on a number of projects including resisting demolitions in various villages, and supporting Palestinians resisting settler theft of their lands.  In addition to these activities, we participate in the weekly demonstration in Kafr Qaddum, where protesters face excessive force by the Israeli Occupation Forces (IOF).
ISM activists have also been attending weekly demonstrations against the Apartheid Wall, the annexation of Palestinian land and the construction of illegal settlements in Al Ma’sara, Ni’lin, An Nabi Saleh.

Come! Bear witness to the suffering, courage and generosity of the Palestinian people under Israeli occupation.

Experiencing the situation for yourself is vital to adequately convey the reality of life in Palestine to your home communities and to re-frame the debate in a way that will expose Israel’s apartheid policies; creeping ethnic cleansing in the West Bank and occupied East Jerusalem as well as collective punishment and genocidal practices in Gaza.
In Solidarity,
ISM Palestine