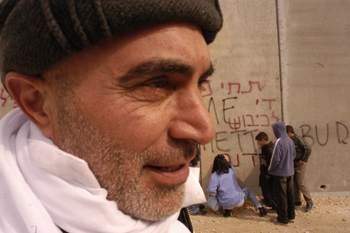 Ezra Nawi has been active for years in the area known as South Mt. Hebron. The Palestinians in this small desolate area in the very south of the West Bank have been under Israeli occupation for almost 42 years; they still live without electricity, running water and other basic services, and are continuously harassed by the Jewish settlers who constantly violate both Israeli and International law, and are backed by a variety of Israeli military occupation forces, all of which operate in an effort to cleanse the area from its Palestinian inhabitants and create a new demographic reality in it.

Nawi's persistent NON VIOLENT activity in the area is aimed both at aiding the local population in its plight to stay on their lands, but also at exposing the situation in the area to both the Israeli and international public eye. The latter is very much not in the interest of the Israeli settlers who complain that Nawi is disturbing the "status quo" in the area. Nawi has received threats on his life from the settlers in the past. The chief of the investigations in the Hebron Israeli Police once admitted that what Nawi is doing in the area is "exposing the dirt laying under the rug..."

Ezra Nawi's efforts have been fruitful in the sense that the attempt to cleanse the South Mt. Hebron from its Palestinian inhabitants has become a visible, internationally acknowledged issue.

The settlers, military occupation forces and Israeli police have a strong interest to restrict his movement and ban him from the area. Therefore they constantly falsely accuse him of violating the law. Lately he has been pronounced guilty of assaulting a police officer who was demolishing a Palestinian house on July 22, 2007. He will be sentenced this coming July. 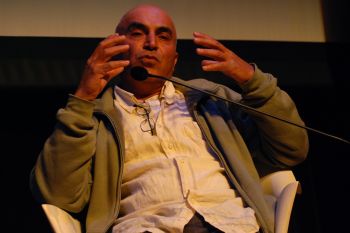 As chance would have it, the demolition and the resistance to it were captured on film and broadcasted on Israeli news. As depicted on the film (a must see), Nawi, the man dressed in a green jacket, not only courageously protests the demolition, but after the bulldozer destroys the buildings he also tells the border policemen what he thinks of their actions. Sitting handcuffed in a military vehicle following his arrest, he exclaims: "Yes, I was also a soldier, but I did not demolish houses... The only thing that will be left here is hatred..."


Nawi's case is not only about Nawi. It is also about Israel and Israeli society, if only because one can learn a great deal about a country from the way it treats its human rights and pro-democracy activists.