My rights, my remedy 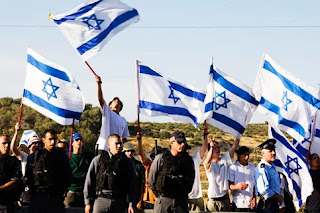 "Zionism": an international movement originally for the establishment of a racially pure Jewish national or religious community in an ethnically cleansed Palestine. (activestills.org)

The occupation looms large over everything in Palestine. Men with guns patrol your neighborhoods, detain your family and neighbors and dictate exactly when you can leave your house. There are days when you can't get to school or go to the beach on your rutted roads, and most of the people you know are poor. You learn before long that the men with guns are Jews -- and the people living in the beautiful homes on the hills behind barbed wire are Jews. The language on your milk carton is Hebrew. Not long after that, you begin to ask why things are the way they are.

The Merriam-Webster dictionary defines "Zionism" as "an international movement originally for the establishment of a Jewish national or religious community in Palestine and later for the support of modern Israel." While the word "Palestine" appears in that definition, the word "Palestinian" is noticeably absent. Zionists will argue that there were no Palestinians, as such and that the Merriam-Webster dictionary is not guilty of any omission or historical elision. Zionists miss the point.

There were people in Palestine, Jews and an even greater number of non-Jews. Whether you call him a Palestinian, or southern Syrian, or Jordanian, or pan-Arab, the fact remains that my grandfather lived in Beer al-Sabaa in May of 1948. It is also a fact that Zionists drove him out of his house at gunpoint. The village was Judaized and renamed Beer Sheva. In light of these facts, I would rewrite the Merriam-Webster dictionary definition of "Zionism" to read: an international movement originally for the establishment of a racially pure Jewish national or religious community in an ethnically cleansed Palestine and later for the support of modern Israel."

My amended dictionary entry explains why Zionism is racism and why Zionists are racists. In plain English, Zionism is the view that Jews have a right to the land of Palestine to the exclusion of non-Jews. Practically, that means that tracts of land that are inhabited by non-Jews need to be ethnically cleansed so that Jews may take their place. That is what happened in Beer al-Sabaa in 1948 and that is what is happening in Jerusalem and Hebron in 2009. Zionism is indeed a form of nationalism, but that nationalism is constructed around a territorial claim to a territory inhabited by indigenous non-nationals.

We have become accustomed to hearing platidudinous condemnations of the Zionist Israeli settlement project in the West Bank. US President Barack Obama insists that Zionist colonial settlement program in the West Bank runs counter to American interests in the Middle East. US Vice President Joe Biden and Senator John Kerry both came out strongly for a settlement freeze as have a number of administration and non-administration officials. Even The New York Times editorial board "commend[s] President Obama for demanding that Israel halt all new construction." Nevermind that he "demanded" that Israel halt all construction, new and ongoing; that's beside the point. Settlements are no longer "unhelpful," they're an obstacle to peace -- that's the new consensus.

But not everyone is convinced. Far rightists in the Zionist establishment -- like Gush Emunim, and Rabbi Ovadia Yosef of Israel's Shas political party -- strongly disagree. They rightly argue that the current settlement program, the program which began after 1967 in the occupied West Bank and Gaza Strip, is the continuation of the same ethnic cleansing process that created Israel in 1948. One cannot be opposed to the current settlement program, they argue, without being opposed to the existence of the Zionist state.

I attended a lecture by the late Tanya Reinhardt as an undergraduate several years ago. She presented the face of the Israeli left's moral authority. An influential linguistics scholar, she came out in support of limiting European support for Israeli academia in light of human rights abuses in the occupied West Bank and Gaza Strip. She was dispassionate as she made her case against the settlements, against arbitrary detention of adults and minors, house demolitions, water hoarding and unequal distribution, race-based restrictions on movement, and the occupation in general. I was impressed by her lecture and her commitment to justice in Palestine.

However, during the question and answer segment of the lecture, she referred to the Nakba, or the forced displacement of the indigenous population in what is now Israel, as a necessary foundational evil. I'm paraphrasing, but Dr. Reinhardt believed that there was nothing wrong with Israel's existence, even at the expense of another people. Therein lies the fundamental contradiction for what's called the "peace camp" in Israel and elsewhere, those who are known as "soft Zionists." These are people who are opposed to the treatment of the Palestinians at the hands of the Zionist Israeli government. They usually also oppose the current settlement project in the West Bank. Their opposition is based almost solely on moral considerations. Yet, they insist that Israel has a right to exist as a Jewish state. They fail to understand that the messianic Zionism of today is functionally no different than the Labor Zionism of 1897; both movements exist to ethnically cleanse Palestine of its indigenous population for occupation by Jews.

The current settlement program in the West Bank is merely the continuation of a process that began a century ago. The choice for soft Zionists is binary: either colonial settlement and ethnic cleansing are wrong, or Jews have a right to ethnically cleanse tracts of land in order to occupy them. Ethnic cleansing has no temporal mitigants; what is wrong today was wrong in 1948.

American jursiprudence is informed by a principle that states for every right, there is a remedy. That means that if my right to property is violated, there is a way to make me whole. My remedy may take the form of monetary compensation, or the return of my property, and so on.

Otherwise good people everywhere insist that Zionist Israel has a right to exist. This is usually interpreted to mean that Israel has a right to exist as a state with a majority of citizens who are racially Jewish. Now, roughly 20 percent of people with Israeli passports are not Jews. These are not refugees like me in the Gaza Strip; these are Palestinians who did not become refugees in 1948 or 1967 and are Israeli citizens. These Palestinian-Israelis tend to have higher birthrates than Jewish-Israelis. Keeping the right/remedy principle in mind, what remedy does the Jewish state have to keep itself from being overrun by non-Jewish babies, something that would violate its right to remain majority Jewish? If Israel has the right to exist as the Jewish state, can it do as former Foreign Minister Tzipi Livni and her successor Avigdor Lieberman suggest, and ethnically cleanse the state of its non-Jewish citizens as a remedy? Can it sterilize vast swaths of the citizenry as a remedy? The history of the 20th century is full of such remedies; we know how this story ends.

I have the right to return and my right too, has a remedy.

Israel is an apartheid state. It rules over me in Gaza yet does not permit me to vote in an Israeli election. It hoards my resources in the West Bank, it detains me and dictates the terms of my survival. It issues my travel documents and denies me the right to travel. I cannot associate or marry or build or import or consume -- in short, I cannot live -- without Israel's permission. Yet, I do not have the right to vote. Former Israeli Prime Minister Ehud Olmert and then Defense Minister Ehud Barak demonstrated to the world that they are my government in January. Today, Israeli Prime Minister Benjamin Netanyahu and "Palestinian Authority President" Mahmoud Abbas are my unelected government. I have the right to vote for the men who dictate the terms of my existence, however, my apartheid government refuses me this right because of my race. I have the right to return to Beer al-Sabaa. My country stretches from the River Jordan to the Mediterranean sea. My country is not a series of discontinuous bantustans connected by some air-car or subterranean rail system. All of Israel/Palestine is my country, and the men who rule it are my government. What is my remedy?

Combine the fact that "Zionist Israel" does not have the right to exist with my right of return and my right to representative government and one ends up with a liberal society that respects the rights of the individual over those of the collective. This is Western Liberalism at its core. Individual liberty and equality irrespective of sex or race are the governing principles of a well-functioning society. This is the kind of society that America strives to be. My own personal experience bore this out. Imagine, I lived and worked alongside Jewish-Israelis in New York, but I cannot live and work alongside Jewish-Israelis in my own country.

I am confident that Palestine/Israel will one day embrace individual rights and liberty over race-based discrimination. One day, I will exercise my human right -- or is it my birthright -- to return home and to elect my government.

Ahmed Moor is a 24-year-old Palestinian born in the Rafah refugee camp in the Gaza Strip. After graduating from university in Philadelphia, he spent three years working in finance in New York and is currently pursuing Palestine-related opportunities in Beirut, Lebanon.